First things first! Let me start by stating my sincerest of apologies for my absence for the month of February. We had an eventful month that took much of my free time. Just picture me running (okay walking fast) down my street barefoot, with fat jiggling, yelling for help and breathing like a potbelly pig. As this was going on, my basement was flooding by the gallons and my love for winter slowly dissipated. Unfortunately, this story will have to wait till next week but now you know the main reason for my lack of posts. For now, let’s talk about fat. Well actually, let’s talk about the fact that one day the button from my pants might pop and knock an innocent bystander unconscious. I can just imagine myself taking a gigantic bite of baked ziti and just as I start to chew, a huge “pop” sends my button into mid air rotating furiously and taking out its target. Sadly, I don’t even think that would get me to put down the fork and head to the nearest gym. I don’t know if its my intense love for food that makes me eat like a famished hyena or the fact that I grew up in a home where every single event centered around eating. If you were sad, eat! If you were happy, eat! If someone died, eat! That was the mantra my family lived by and if you were a guest, you left gaining at least half your body weight in food. In all honesty, I think it’s our culture that plays such a big part in how we live our lives. I don’t mean to suggest that the growth of my “man-boobs” were caused by my “culture” making me eat those many, many pounds of pasta but the way I ate was a way of life and it took a while to notice the effects. So, in an effort to stop my ravenous ways I decided to loose weight in hopes of never having to purchase a man-bra, or as Kramer would say, a “Bro”.

It all began some time before my wedding. I had become determined to loose weight so I wasn’t mistaken for a beached whale in our wedding photos. Things started out good, I was following a low-carb regimen but eventually the little fat devil on my shoulder tried to sway me. I remember one evening, while grocery shopping, I passed a box of Ho Ho’s and immediately stopped. I think I sat there longing for the taste of moist chocolate cake filled with the sweet icing of the gods. The fat kid in me won and I dropped that box of goodness into my cart. However, my devious actions didn’t stop there. When I arrived home I quickly ran in the house and hid my special box of treats. I took a sigh of relief and relished in the fact that no one was going to find out my dirty, but delicious, secret. For days I would find myself hiding in rooms or waiting till my wife was at work to blissfully unwrap my reward! The task of successfully opening the pesky, noisy, wrapper became a sort of game. If it were an Olympic sport I would have been a gold metal recipient. But was it a reward? I hadn’t exercised or lost weight, so why did I feel the need to give myself a treat. I quickly made those blasphemous thoughts disappear with a nice glass of cold milk and another Ho Ho. As time went on I started hiding bigger meals. Big Mac’s, Chinese take-out, Philly-steak subs, and pounds of pasta. I was on a roll and truthfully started looking like one. I would tell my wife I was eating healthy salads for lunch but really I was engulfing a large soda, fries, and at worst 3 double cheeseburgers. I was a runaway meatball! You know, the kind that falls off your plate and it keeps rolling, damaging everything in its path with sauce. Food was my “precious” and pity any man, woman, or hobbit that tried to stop me. Some nights I would even lay awake dreaming of what my next meal was going to be but with so many options how could I choose! Was there enough time for me to eat it all?? Yea, that was me and it only took a moment of splitting my pants to realize it was time to silence my inner fatty. In an instant I watched my stomach grow to house an eighty pound food baby. It was then I realized it wasn’t about treating myself but the idea that I should because I could. Although it tasted good during the process, I was only hurting myself and it was time for a change.

I’m now on this journey to the center of healthy but it doesn’t come without its share of bumps, in the form of cheeseburgers, and ever so often I can hear my inner fatty chanting those dark words, “Ho, Ho’s.” 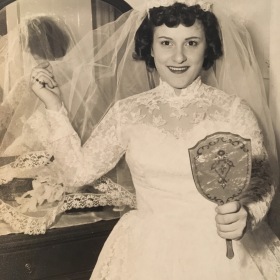 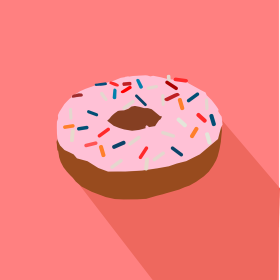 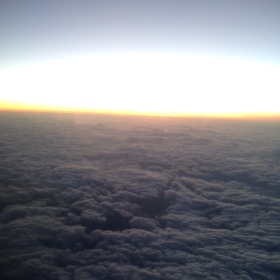 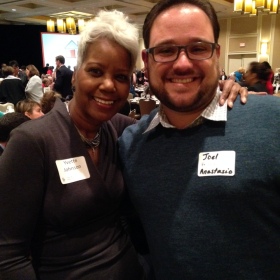 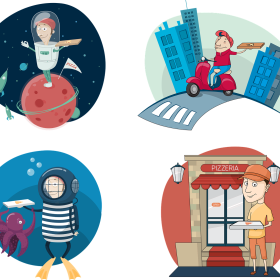 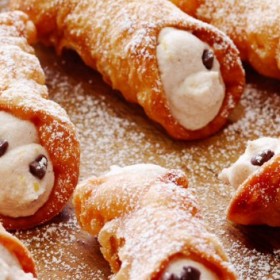 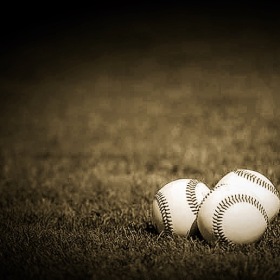 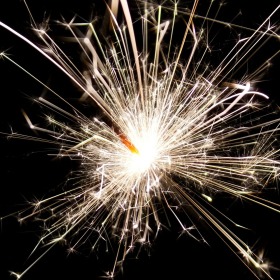